The offer of free places in the short-term Erasmus+ Youth Exchange project in Italy.

We did go. And we had no idea what else is going to happen.

Traveling, international friendship, loves, challenges, discovering and learning about things and topics that we have never heard about before – that’s all what has started. Priceless experiences, literally. Something that we will keep forever and that we find more valuable than the most expensive thing in the world.

And as it’s usual in life, it never ended with only one project:

And that was just the beginning.

The short-term Erasmus+ projects started another series of ideas.

“What if we apply for a study abroad?”

We were thinking about it that long until we missed the first round of applications. And then, of course, we began to regret and secretly hoped that the second round will be announced. Luckily it was.

“Come on, what would we do in Hungary?”

“Well, I guess they have a good wine, don’t they?”

Our applications were approved, and in year 2016 we spent 150 days in the Hungarian city of Debrecen as the first (and who knows, if not the last) Erasmus students of Adult Education.

We gave up living in an offered accommodation for foreign students after five days and with the words of the man at the dormitory “No English! Finish? Check out. Bye!”, we left. And instead of a 3×3 meter rabbit-hutch for two people for 400 euros per month, we found the whole house with separate rooms for 300 euros and a great owner Cecil. Especially the fact that Cecil is a “food blogger” has had a great deal of tasty benefits for us.

In Hungary, the tradition of AskaDeniz and bikes started as well. Debrecen seemed to us as an ideal city for cycling, so it was an obvious choice for us. And of course, we also wanted to save some money on transportation. 🙂 At the lecture, we mentioned to our teacher that we were planning to buy bikes, and he immediately offered to lend us his and his wife’s bikes for less than half a year. We used them really every day, wherever we went – to school, to shop with backpacks, to restaurants and cafes, even when we went out for a beer with the other Erasmus people in the evening. Not only did bikes become our distinguishing sign of “the two Czechs on bicycles”, but most Erasmus people still believe that this is the true Czech tradition of cycling to the pub. As well as the fact that “Cheers!” is said “Očipičo!” in Czech. (It’s considered as quite rude to don’t look to each other’s eyes while saying Cheers and “clinking” with the glass. So the true is that “oči pičo” means “Eyes, bitch!”).

Briefly said, we represented with a full commitment. 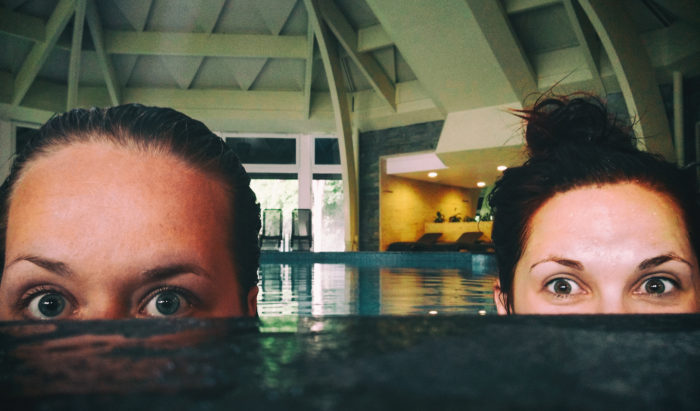 Honestly, the studying went largely aside and we enjoyed all the benefits of the Erasmus life instead. As well as the possibilities of low-cost travelling, which was (and still is) from Hungary much easier than from us, from the Czech Republic. 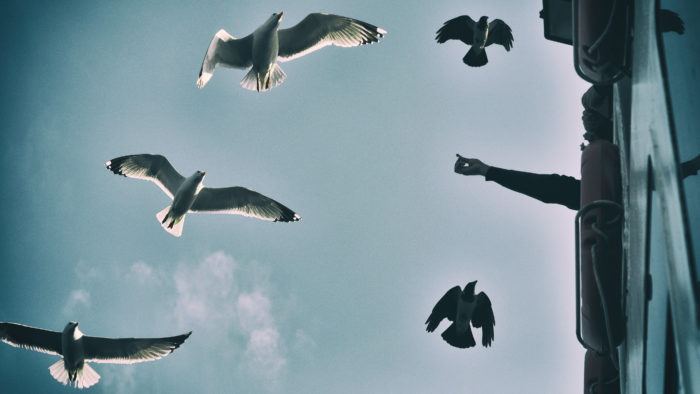 What surprised us most during this time? That most of the students in Debrecen were not Europeans. That there is a Bike Mafia – a group of people who cook and deliver food to local homeless people. That “világoš?” means “do you understand?” in Hungarian (while in Czech it means something like “to be punished”). The fact that even though the teachers knew that we didn’t speak Hungarian, they didn’t care and continued with the lecture in their native language. That the sea is for some people the most appreciable thing about the Czech Republic (like seriously!). The fact that we got the university credits for cooking in the course of Hungarian cuisine. That the French can’t drink. That not everyone understands irony. The fact that Romanian money is really waterproof. The fact that some don’t perceive much differences between the Czech Republic and Chechnya. That it is possible for someone to welcome you with the words “Goodbye!” and mean it seriously. That Couchsurfing is fine… sometimes.

Also the fact that the Japanese can’t drink. That someone thinks that the Czech Republic is the capital of Prague. That we were sitting in a waiting room full of half-naked women because of a lung x-ray. That there was nobody else , except the two of us, sitting in the class during whole semester. That we fell in love with the West of Ukraine. That we were able to cross the Ukrainian-Hungarian border with an unknown Russian guy in a car with a Slovak license plate. That it doesn’t really matter where the person comes from. The fact that we weren’t even getting on each others nerves.

“Now what?”, the family and friends asked us after our arrival. “Hard return to reality”, we answered, and had no idea that it won’t be for long. 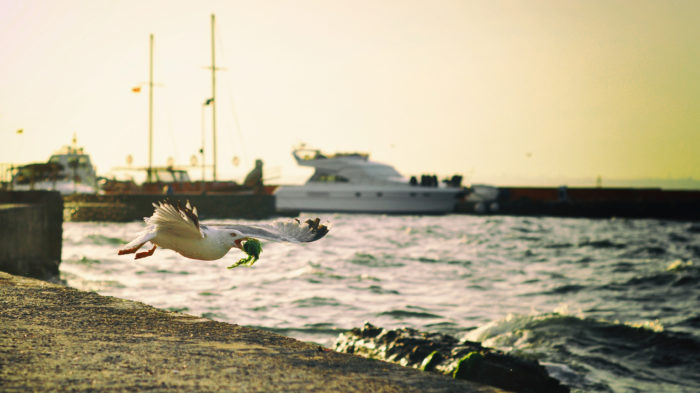 We won’t be lying – our return from Hungary back to the Czech Republic wasn’t easy. Even though it was only five months, it was our first experience with a long-term living abroad. In Debrecen we left behind not only tons of memories, friends, places and moments, but also our joys, worries and tears.

After the return back to Brno, we realized the fact that our lives are too predictable – to write a final master Thesis, to finish the university and start a job. And then? A marriage, a dog, a baby and a house with slatted fence? Thoughts about mortgage went aside and we started to regretfully think about all the possibilities of our study, that we have never used. We also found out very soon what “post-Erasmus syndrome” means and doubts about successful finishing our university  started to appear. Because a lot of things seemed to make more sense…abroad.

“There should be still something like Erasmus graduate internships.”

“What is it? I have never heard about that.”

The new energy boost came when we started to search all the necessary information. However, the application process for graduate internships turned out to be way more complicated than the procedures connected to studying abroad. A lot of things were unclear for us, we had nobody to ask for an advice and the time was running. We applied to a non-profit organization in Sicily, but our applications were rejected.

Later, the second round of accepting applications was announced and it meant for us a very challenging time during which we were trying not to give up while sending daily dozens of emails, CVs and motivation letters. Our visits of the university included not only consultations regarding our thesis, but mainly dealing with all the bureaucratic procedures that are often a reason why students are discouraged of participation in Erasmus programs. “I want to warn you in advance, that it is very unlikely to approve applications for more students to the same internship placement, moreover if the period is longer than two months”, told us the lady who was in charge of a selection process. In the second round, we applied to Portugal. Together. For a period of seven months. And then each of us applied to other countries as well.

What can we say, we simply wanted to leave somewhere in any case.

“If they won’t accept us, I am not gonna finish the studies! I don’t see any purpose in doing that!”

It was one week before our big final exam, we still had absolutely no information about the state of our applications and at the same time absolutely no motivation to keep studying. The thoughts in our minds reminding us that we must make it, otherwise all our effort and hard work will go in vain, weren’t helping at all. Because the passing of the final exam was a main prerequisite for going to the internship.
Stress, nervousness, psychical exhaustion, apathy and uncertainty were the main topics of our conversations. And then everything happened so fast. “Holy sh*t, they accepted us! To Portugal! Both of us! For whole seven months!”

We absolved the final exam with a mindset that there was no way of us being unsuccessful because in few days we were supposed to leave to do the internship in a country which we know nothing about (except the fact that it’s nearby the water and it should be warm climate there).

And so we left.